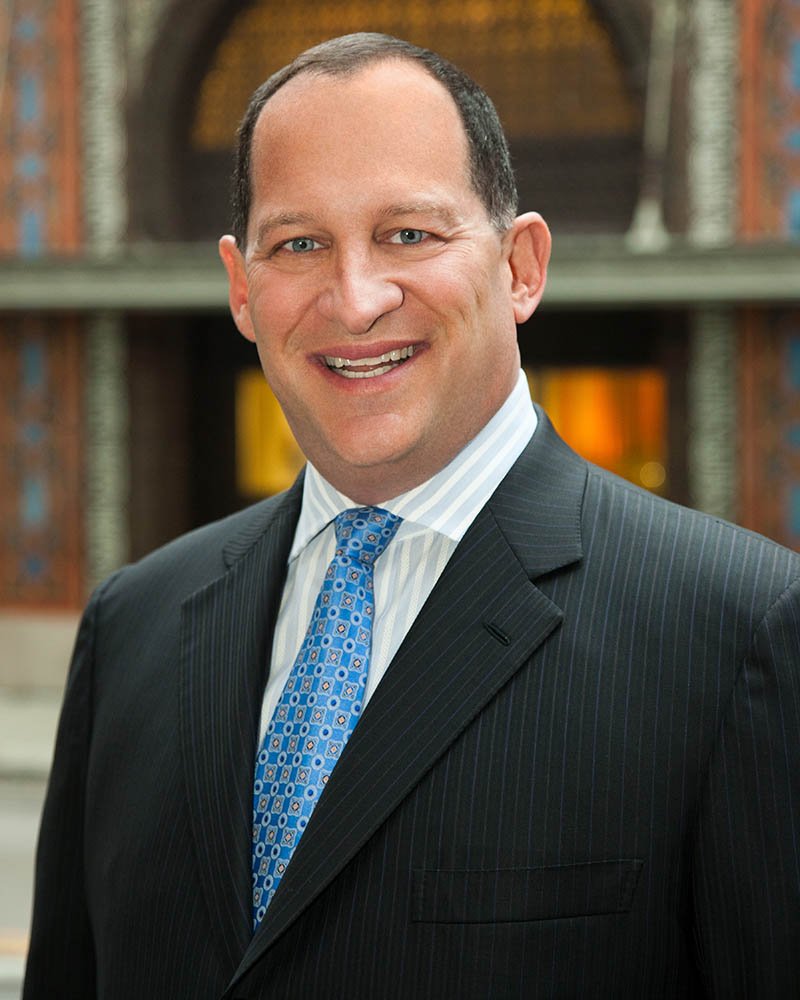 Gregory H. Sachs is the Founder, Chairman and Chief Executive Officer of Sachs Capital Group LP. He is also the founder and former Chairman and Chief Executive Officer of Deerfield Capital Management LLC (“Deerfield”). For over 30 years, Mr. Sachs has been a pioneer in the Asset Management industry with extensive experience partnering both in the US and abroad with “Blue Chip” financial institutions, public and private institutional investors and ultra-high-net-worth individuals (multi-billion-dollar families).

Mr. Sachs received both an M.S. in Quantitative Analysis and Finance and a B.B.A. in Actuarial Science and Quantitative Analysis from the University of Wisconsin at Madison. Upon graduation in 1988, Mr. Sachs joined Chicago-based Lotsoff Capital Management as a fixed income portfolio manager. Shortly thereafter, Mr. Sachs was recruited to serve as Vice President and Trading Manager for Harris Trust and Savings Bank’s Global Fixed Income Trading Division. In this capacity, he was responsible for planning and overseeing all aspects of the Division’s activities including the development of the quantitative strategies used by the group to trade international government bonds, futures, options, and other derivatives.

In 1993, Mr. Sachs founded Deerfield Capital Management with the backing of a Hong Kong based partner. In its early years, Deerfield focused solely on fixed income arbitrage and relative value trading strategies based on the identification of anomalies in global fixed income, futures, options, and derivative markets. From its initial funding of $15 million, the firm surpassed $1 Billion under management within four years. In December 2007, when Mr. Sachs sold his interest in Deerfield and retired as Chairman and CEO, Deerfield’s assets under management were approximately $17 Billion diversified across structured and hedge fund products and managed accounts. The persistent growth and success of the firm during this period is owed to Mr. Sachs’ belief in the importance of three factors: solid returns, risk management and client relations. Mr. Sachs’ success in steering Deerfield from a small fixed income hedge fund manager into one of the industry’s most respected alternative fixed income capital managers is a reflection of his energy, persistence and foresight during a period of great change.

Mr. Sachs founded SCG Financial Acquisition Corp. (SCGQ:NASDAQ), a Special Purpose Acquisition Company in 2011. He raised $80 million through an initial public offering and assembled a team to assist in identifying acquisition targets. SCGQ acquired RMG Networks, Inc. and Symon Communications, Inc. in April 2013 (now named RMG Networks). RMG Networks was publicly traded (RMGN:NASDAQ) until it was taken private in September 2018. As the former Executive Chairman, Mr. Sachs played a critical role in the management of RMG Networks, positioning the company to be a global leader in technology-driven visual communication. Mr. Sachs continues to serve as a board member of RMG Networks.

In addition to institutional investment experience, Mr. Sachs also has significant experience investing in a wide range of asset classes for his personal portfolio, as well as others. These asset classes have included Life Sciences, Quick Service Restaurants, Commercial and Residential Real Estate, Retail and Restaurant, Equity Trading Strategies, Managed Futures and Options, as well as a variety of other Alternative Asset Classes.

Mr. Sachs was an Adjunct Professor at USC Marshall School of Business in Los Angeles, where he taught a course to second year Graduate Students in the Lloyd Greif Center for Entrepreneurial Studies. The course focused on building an Alternative Asset Management business.

Mr. Sachs is happily married, is the father of three children and enjoys travel and cycling. His commitment to philanthropic causes is recognized in the S.A.C.H.S. Foundation, which has sent hundreds of underprivileged children to summer camp. In November 2001, Mr. Sachs was named in Crain’s Chicago Business’s annual “Forty Under Forty” article, which showcases Chicago’s rising business and civic stars. Mr. Sachs has been an invited speaker at numerous international conferences.

Mr. Sachs continues to serve as a board member of the now private RMG Networks, Inc. He served on the Board of Trustees of Chicago’s Shedd Aquarium and was a member of the Business Executives for National Security (BENS). He is the former Vice-Chairman of the Federal Enforcement Homeland Security Foundation and a former board member of the Ann & Robert H. Lurie Children’s Hospital of Chicago Foundation, Imperial Trust Company (California), RMG Networks, Inc. (RMGN:NASDAQ), Triarc Companies (TRY:NYSE), Deerfield Capital Corp (DFR:NYSE) and the Futures Industry Association.

While at Sachs Capital Group, Ms. Sibley served as the Chief Financial Officer for SCG Financial Acquisition Corp., a publicly traded special purpose acquisition company. While in this role, her responsibilities included cash management, filing required documents with the SEC, performing due diligence on potential acquisition candidates and oversight of all accounting, audit and tax functions. Ms. Sibley also previously served on the Board of Directors for RYU Apparel, Inc., a public company trading on the TSX Venture Exchange.

Prior to joining Sachs Capital Group LP, Ms. Sibley was a senior tax manager in Deloitte & Touche’s tax practice. She has over 10 years of experience in public accounting, working in Arthur Andersen and Deloitte & Touche’s hedge fund and alternative investment practices. During her public accounting career, she was responsible for tax planning, structuring of derivative transactions, tax compliance, and managerial oversight of over 20 staff.

Ms. Sibley received a B.S. in accounting from Northern Illinois University and is a Certified Public Accountant. She is the mother of three children and enjoys spending her free time with her children and watching their various sporting activities. 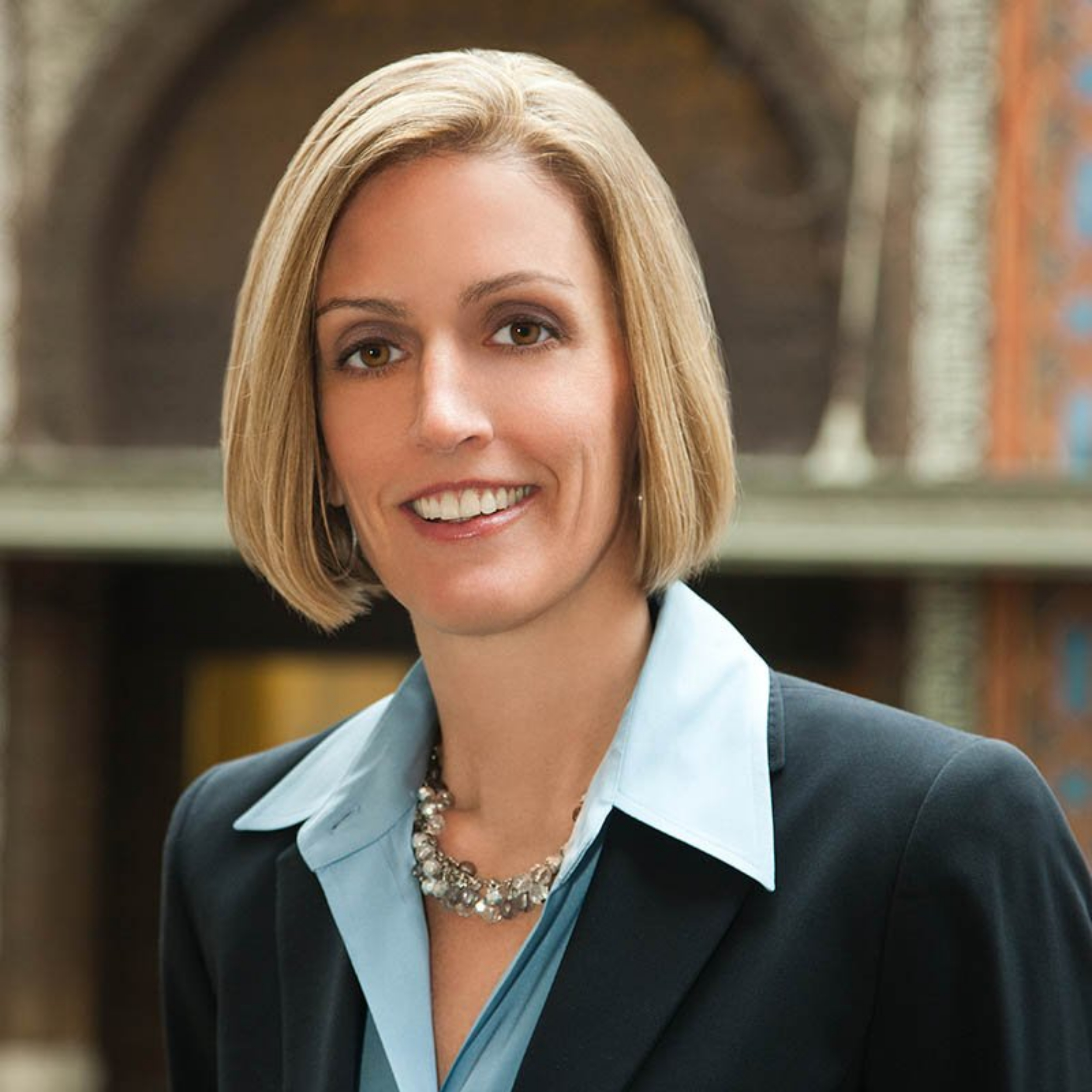 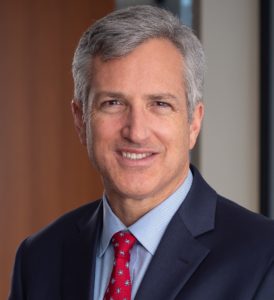 Mr. Opdyke has strong and extensive experience across major financial verticals (capital markets, corporate and mortgage banking, insurance, credit card, retail pricing, economic consulting (Big 4, boutique)). He has built and led several senior quant teams, published 14 peer reviewed journal papers and book chapters, several of which were voted ‘Paper of the Year’ by panels of experts, and is a frequent invited speaker and presenter at top quant and risk professional conferences globally. He came to SCG Asset Management from the Abu Dhabi Investment Authority (ADIA) where he was quant lead in a rapidly growing alpha factory, and previously from Allstate where he was Head of Enterprise Risk Analytics, responsible for modeling and estimating enterprise-level economic capital for the firm’s entire portfolio, across all risk silos and business lines. Mr. Opdyke held a similar role at GE Capital as Managing Director, Head of Modeling for Operational Risk and Enterprise-level Economic Capital estimation, aggregation, and allocation.

Earlier in his career, Mr. Opdyke  was a senior consultant to numerous banks and financial organizations, including Barclays Capital, Wells Fargo, American Express, Northern Trust, Deloitte Consulting, and venture capital and economic consulting firms, where he developed and implemented both investment algorithms and quantitative risk analytics models. Mr. Opdyke earned his undergraduate degree, with honors, from Yale University, his Master’s degree from Harvard University where he was a Kennedy Fellow and a Social Policy Research Fellow, and he completed post-graduate statistics studies as an ASP Fellow in MIT’s graduate mathematics department. He serves as review editor of several journals, including Artificial Intelligence in Finance. 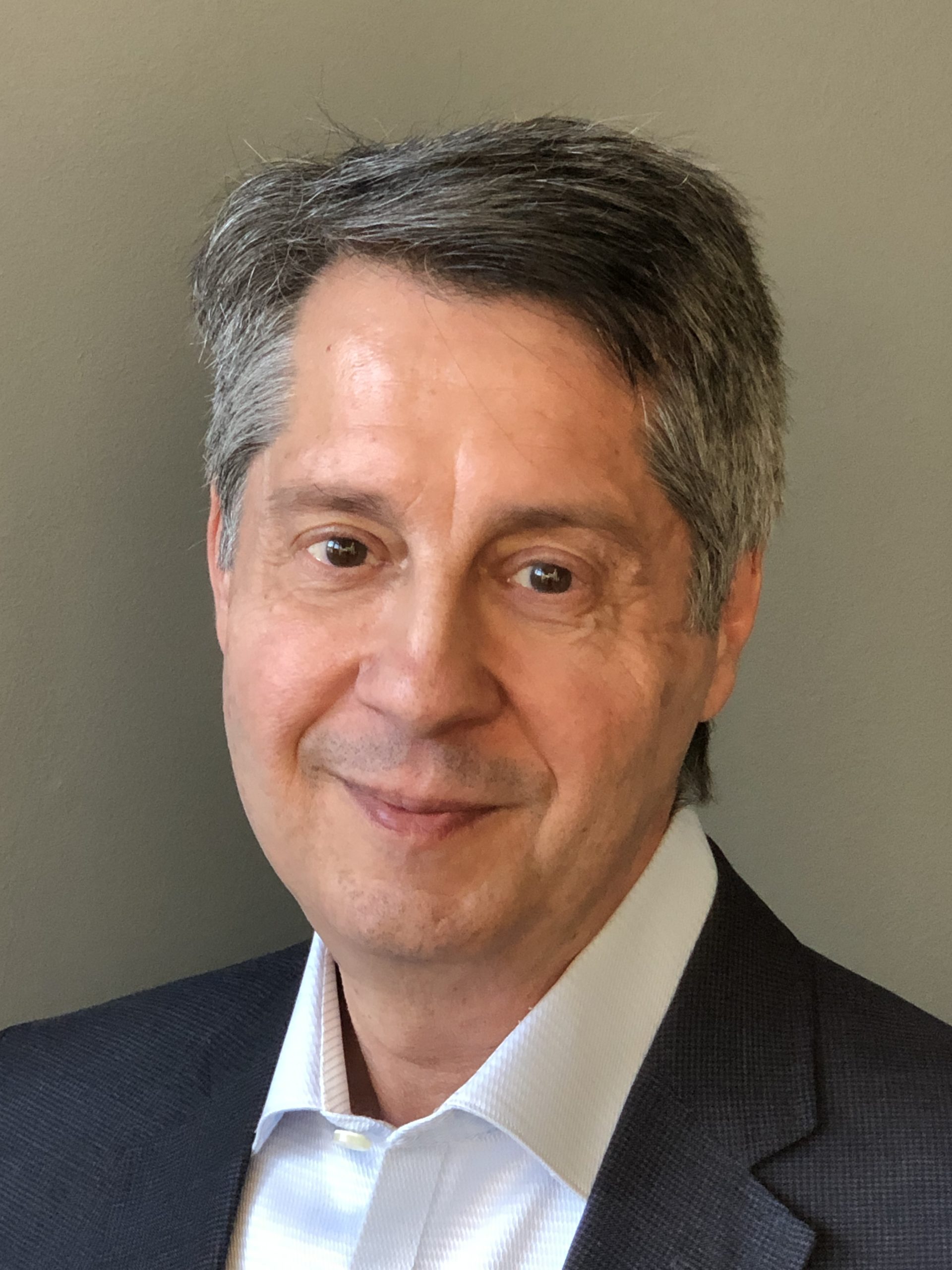 Jerry Rosen is the Chief Revenue Officer at Sachs Capital Group LP. He infuses entrepreneurial energy, creativity and passion into every venture. Leading by example to transform the status quo into competitive growth engines. He enjoys capitalizing on the opportunity gaps to grow margins and return consistent profitability.

Mr. Rosen comes to Sachs Capital Group from RMG Networks where he served as Chief Revenue Officer. While at RMG, he helped introduce an industry leading SaaS platform serving 50% of the fortune 100 global brands in both employee communications and contact center solutions.

In 2014 ENRE@CH merged with The Plum Tree Group headquartered in Chicago with global offices and over 90 employees.

Mr. Rosen served as a Director, Vice Chair and Chairman of Worldwide Partners (WPI) a global advertising network representing over 50 partner offices with $3 billion in advertising spend. Mr. Rosen proudly served as Chairman of the Frank Thomas Charitable Foundation. Throughout his career he has accepted over 40 advertising and marketing awards and has been recognized in the NY Times, Chicago Tribune, Sun-Times, Adweek and Ad Age. 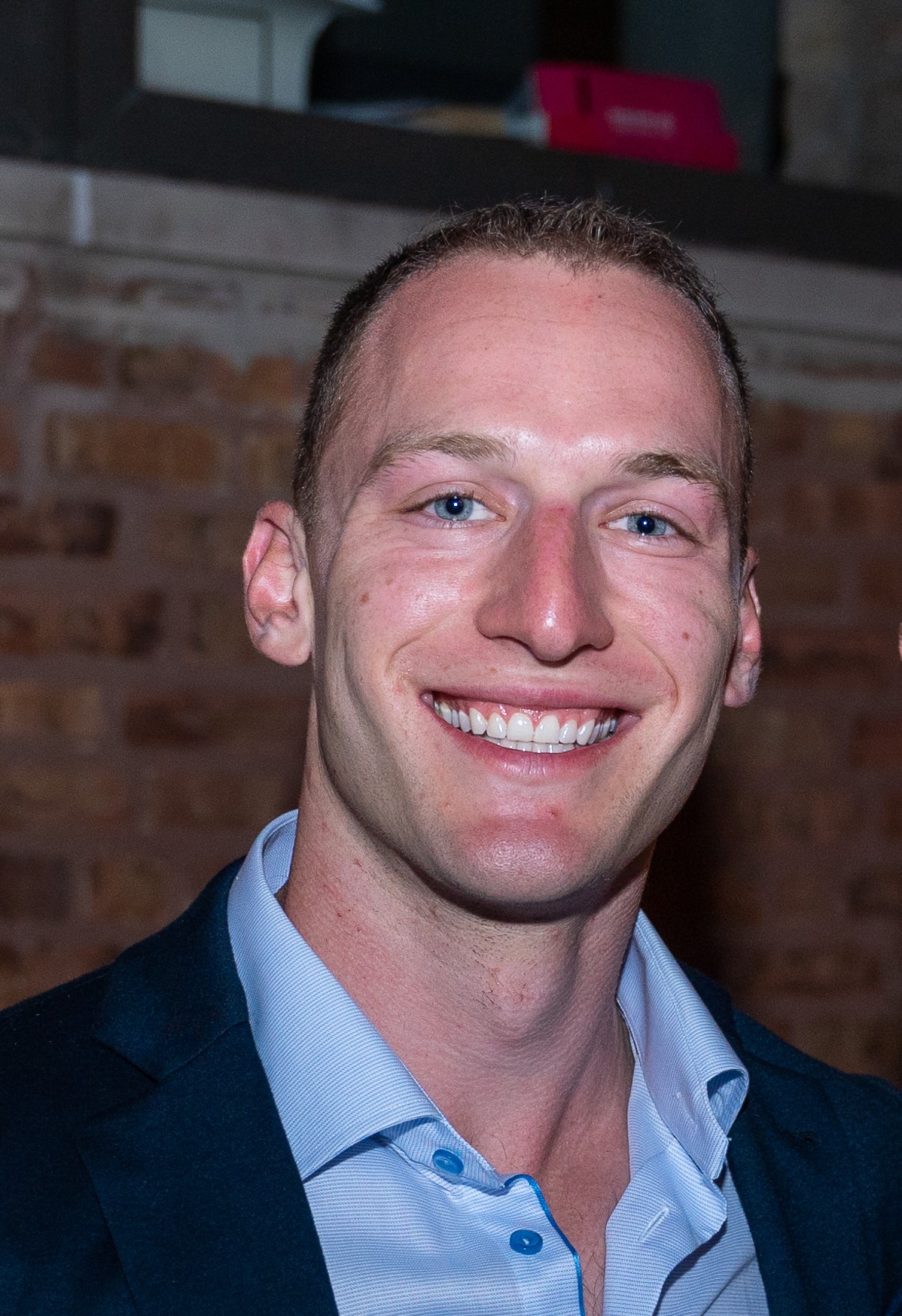 Spencer is an Associate Portfolio Manager at SCG Asset Management. Prior to working at SCG, Spencer was a Senior Associate of Finance and Strategy at Revolution Global, a multi-state operating cannabis company. At Revolution, Sachs was tasked with corporate expansion via organic and inorganic growth. During his tenure at Revolution, Sachs helped to more than double the total cultivation output in Illinois as well as more than triple the firm’s national footprint. Additionally, Sachs helped raise over $200 million in debt and equity.

Sachs graduated from the University of California, Los Angles with a BA in Political Science with a concentration in international relations. He was a four-year varsity member of the men’s volleyball team at UCLA where his team finished in the top 10 in the nation each year. Outside of his professional life, Sachs is an avid traveler. He has been to more than 30 countries on 5 continents. Some of his favorite hobbies include scuba diving, bicycling, and cooking. 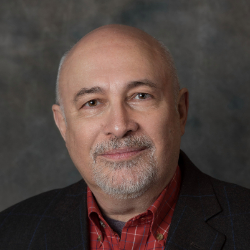 Dr. Yuri Balasanov is a financial industry practitioner for more than 20 years, working at leading financial institutions as head quant, quantitative trader and risk manager. He has lead research teams working on analytical and data driven projects as well as development of software for analytics and quantitative trading at companies like Bank of America, Chicago Research and Trading, Ritchie Capital and other proprietary trading and asset management companies.

Dr. Balasanov earned his Master’s degree in Applied Mathematics and Ph.D. in Probability Theory and Mathematical Statistics from the Lomonosov Moscow State University, Russia, where he studied under Andrey Kolmogorov and leading members of his school.  His primary expertise and research interests are in the area of trading, risk management, finance and economics, business analytics, stochastic modeling, machine learning and artificial intelligence, robotics with applications in various fields.

Dr. Jason D. Bates is a Director of Model Development at SCG Asset Management with more than 15 years’ experience in statistical and mathematical modeling across a variety of roles in academia, finance, and corporate. He has led projects designing quantitative models for wholesale energy markets, corporate loan portfolios, and space-based manufacturing and assembly of satellites. Prior to joining SCG Asset Management, Jason worked as a freelance professional consultant for Citibank and the Tampa Bay Rays. At Citibank, he built models of firm-wide Pre-Provision Net Revenue to assist with understanding model risk and meeting regulatory stress-testing requirements. While with the Tampa Bay Rays, he developed new ways of assessing player performance to assist with in-game decision-making. Before becoming a consultant, he was a lead scientist at GE Research, working on numerous projects including jet turbine design, additive manufacturing, renewable energy, and financial modeling.